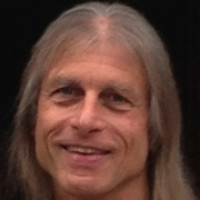 Theraphosidae of the Mojave Desert west and north of the Colorado River (Araneae, Mygalomorphae, Theraphosidae)

Two new species of Aphonopelma from the Mojave Desert are described, A. joshua and A. mojave. Four nominal species, Aphonopelma iodium (A. iodius), A. melanium (A. melanius), A. angusi, A. nevadanum, described from the Mojave Desert and the Great Basin are treated as a single species ; Aphonopelma iodium (Chamberlin 1939) is proposed as the species name since it is one of two possible senior synonyms (the other, A. melanium (A. melanius) in the same publication) and is the specific nam e of the first Theraphosidae to be described from the Mojave Desert ; A. iodium is redescribed. Generic, subgeneric, and specific characters previously used to separate Aphonopelma are reviewed. Aphonopelma is redefined; Clavopelma is removed from the synonymy of Aphonopelma. The status of the following eight species described prior to 1939 with type localities either in the United States or in Baja, Californi a is discussed: Aphonopelma californica, A. leiogaster (Doleschall), A. steindachneri (Ausserer), A. rusticum, A. marxi, A. helluo (Simon), A. rileyi (Marx), and A. pseudoroseum (Strand). Aphonopelma steindachneri , A. rusticum, A. marxi, and A. helluo are considered as valid species ; A. californica, A. leiogaster, A. rileyi, and A. pseudoroseum are considered as nomina dubia.

Aphonopelma paloma new species, is distinguished from all other North American tarantulas by its unusually small size and presence of setae partially or completely dividing the scopula of tarsus IV in both sexes. Both sexes also are characterized by a general reduction of the scopula on metatarsus IV . Males are characterized by a swollen third femur.