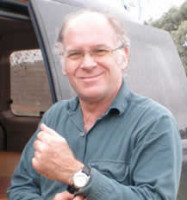 A new genus of the family Theraphosidae (Araneae: Mygalomorphae) with description of three new species from the western Ghats of Karnataka, India

The subfamily Ischnocolinae of the family Theraphosidae is a generic complex and Raven (1985) considered all genera (including the only Indian genus Plesiophrictus Pocock, 1899) as incertae sedis. These genera require re-examination of the type specimens along with examination of new collections from the type locality to revalidate their taxonomic position under Ischnocolinae. Recently, Guadanucci (2011) revalidated the genus Heterophrictus Pocock, 1900 and removed it from the junior synonym of Plesiophrictus; he also provided distinct generic characters for Heterophrictus and Plesiophrictus, which are helpful in the revision of Indian Plesiophrictus. Though the taxonomic position of Heterophrictus is still confusing in the absence of cladistic analysis (R. Raven pers. comm. 7 February 2012), in this paper, we consider Heterophrictus a valid genus until further cladistic analysis (based on more specimens) is published.

The genus Plesiophrictus belongs to the subfamily Ischnocolinae of the mygalomorph family Theraphosidae and is reported from China, India, Micronesia and Sri Lanka (Platnick, 2007). Amongst the Indian genera of the family Theraphosidae, Plesiophrictus is a relatively species-rich genus (Siliwal et al., 2005; Siliwal & Molur, 2007). Pocock (1899) established the genus Plesiophrictus with description of three species, P. millardi and P. collinus from India and P. tenuipes from Sri Lanka, assigning P. millardi as the type species. Later, a number of new species were described from India under this genus (Pocock, 1900; Gravely, 1915, 1935; Tikader, 1977). After the establishment of the genus Plesiophrictus, the two Indian species, Ischnocolus linteatus Simon, 1891 and Stichoplastus fabrei Simon, 1892 were transferred to this genus by Pocock (1900) and Simon (1903), respectively. This genus was considered endemic to South Asia until the Micronesian species Ischnocolella senffti Strand, 1907 was transferred to this genus by Roewer (1963). Recently, Yin & Tan (2000) described a new species, P. guangxiensis from China. Till date, 16 species have been reported under this genus from the world, of which 13 are endemic to India, one endemic each to China and Sri Lanka and one endemic to the islands of Micronesia (a conglomerate of 9 countries) (Platnick, 2007). Most of the species described from India are known only from the type localities; information on range and geographical variations are limited. More than fifty percent of the species were described a century ago based on very few morphological characters, missing details used in present day taxonomy like morphometry of legs, description of genital structure especially of female, illustrations, sternum, male palp and female spermatheca (see Simon, 1891, 1892; Pocock, 1899, 1900; Strand, 1907; Gravely, 1915, 1935). The more recent descriptions of P. meghalayaensis and P. mahabaleshwari by Tikader (1977) are also incomplete as they lack morphometry of legs, comparison with other species and diagnosis for the species. This paper is an effort to describe a new species based on a female specimen after comparing the available prominent characters with other known species. The objective of this paper is not only to describe a new species, but also provide South Asian arachnologists with a standard description pattern on theraphosids or any mygalomorph spider along with pictures (see Images in the web supplement) in addition to figures as a useful tool for comparative studies. None of the past descriptions of Plesiophrictus spp. includes notes on natural history or ecology, which we have added as noted during our study.

A new species of tarantula, Coremiocnemis tropix (Araneae, Mygalomorphae, Theraphosidae) is described from northern Australia; it is the first record of the genus outside of Malaysia. New hair types on legs of the Selenocosmiinae are figured.

Bulletin of the American Museum of Natural History 182: 1-175